One week ago today I returned home after five great days in Memphis. For this year’s annual pilgrimage to my favorite city, I played tour guide to my friend Allyssa on her first trip to the Bluff City. We had an amazing time and a lot of laughs. We ate all the fabulous Memphis food, talked [continue reading] 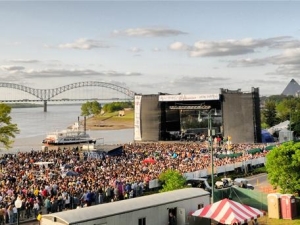 Tomorrow I leave for my annual Memphis vacation. That’s Memphis, Tennessee for those of you who have never ventured to the mid-South. By the way, it is not Nashville. Memphis is three hours west of Nashville. There is no country music in Memphis, just blues, soul and rock n roll. I have been [continue reading]

In October, I first wrote about the new farm-to-table, everything local White Oak Tavern moving into Jilly’s old spot at the Enchanted Forest Shopping Center in Ellicott City. Three months later The White Oak Tavern has finally opened and it was well worth the wait! I had dinner there Sunday [continue reading]

After 21 years, Jillys in Ellicott City closed its doors for the last time Sunday night. Along with being a good spot for dinner and drinks, Jillys was especially fun on Sundays. It was a place to meet up with your friends to watch your favorite football team. Although it was the site of a Ravens [continue reading]

For some reason, I have had queso three times in the past week. My favorite food is cheese, and it doesn’t get much better than hot, spicy cheese better known as queso. Actually it is usually listed on restaurant menus as Chile con Queso, which means melted cheese and chili pepper, but I [continue reading] 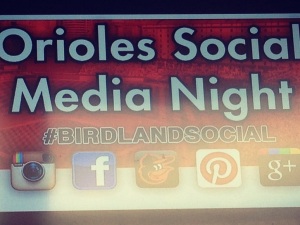 I know baseball season is over, at least for the Baltimore Orioles, but I just had to share what a great time I had at the first ever Social Media Night at Oriole Park at Camden Yards – more commonly known as #BirdlandSocial. $35 bought me a bleacher seat and entrance to the pre-game party at [continue reading]