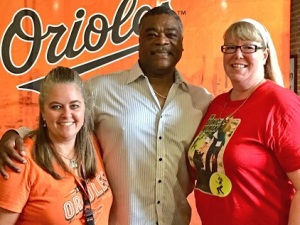 Last night was a great night! The best of all the Social Media Nights with the Orioles I have ever been to. And to think I was disappointed they moved it inside the Warehouse and was annoyed they didn’t cancel it because of the rain. This was the first time Cindy, my best friend, went with me [continue reading] 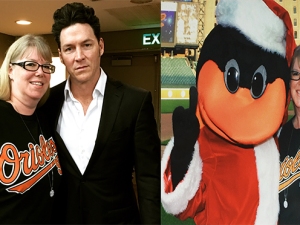 I had the most perfect day at Orioles FanFest on Saturday. Everything went exactly how I wanted it to go. I love it when that happens! I haven’t been to FanFest since 2012 – when I finally got my picture with Brady Anderson. I had met him a handful of times over the years, but had never [continue reading] 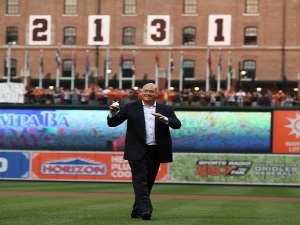 Last night was the 20th Anniversary Celebration of Cal Ripken breaking Lou Gehrig’s consecutive game streak. Although the actual date was September 6, 1995, the Orioles will be away that day so they decided to hold the celebration on September 1st. Unfortunately, the stadium was only half [continue reading] 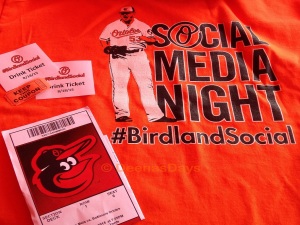 I had a great time at my 3rd Annual Baltimore Orioles Social Media Night. It wasn’t as crowded as the previous years, but Orioles Closer Zach Britton was much nicer than Adam Jones was last year. And Orioles Beat Writer Brittany Ghiroli was wonderful as usual. Orioles announcer Ryan Wagner [continue reading] 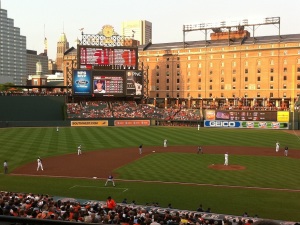 I went to Opening Day in April, but haven’t been to an Orioles game since then because I’ve been away on the U2ieTour since May. Now the tour is over and I’m ready for some baseball! I have scheduled three Orioles games over the next three months. One week from today on August 18, I will be [continue reading] 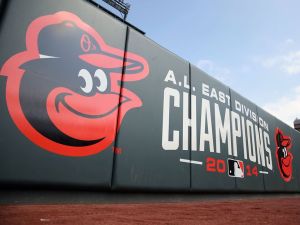 It has been two years since the Baltimore Orioles were in the playoffs, and it was 15 years before that. Tonight the American League Division Series returns to Baltimore as the Orioles take on the Detroit Tigers. In 2012, the Orioles lost the ALDS to the New York Yankees, the same team they lost to [continue reading] 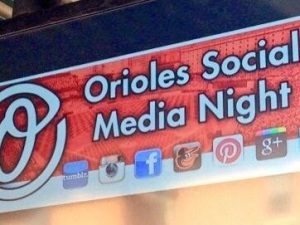 This was supposed to be a story about the second annual Orioles Social Media Night – about its food, drinks, and fan fellowship. Like any other post on my blog covering the events of which I attend. But with the help of one tweet, a Baltimore Sun article and a WJZ interview, this is now a [continue reading]

Elvis’ Ring is now My Ring! On what would have been Elvis’ 85th Birthday, I realized one of my dreams of owning a piece of Elvis’ jewelry. Thanks to the Graceland Auction, I now own a silver ring with a malachite (green) stone that came from Elvis’ jewelry box he had in his room that Patsy Presley Gambill had. Patsy sold the jewelry box and its contents, including my ring, to Tom Salva in 1988 and Tom sold a few items in this year’s auction. My ring came with a notarized description from Tom, a hand written letter from Patsy Presley Gambills on Vermon’s TCB stationary and a letter of authenticity from Graceland. I messaged Tom as I am friends with him on facebook, and he had this to say about my ring, “Deena, Patsy told me that Elvis really liked green stones Jewelry. He felt that green was a healing color. Patsy told me that most of the things in the jewelry box were gifts from Family and Friends. When Elvis passed Patsy and her Uncle Vernon went up into Elvis' bedroom and removed a lot of things that were out in the open before the State of Tennessee came in and did an audit. They put everything in boxes and Vernon said bring the boxes home don't leave them in the Office, someone might take them. After a year she asked, "Uncle Vernon what do you want me to do with the boxes? Vernon replied, "Patsy just keep them as a memory of your Cousin." I have always wanted to own a piece of Elvis’ jewelry, ideally one of his rings, and now I do. It was more important to me to have a ring that was actually Elvis’ rather than one he gave to someone. The green stone in my silver ring is called Malachite, the “stone of transformation” and is believed to be a stone of balance “used for deep energy cleaning, bringing healing and positive transformation to the wearer.”
Being home with my baby helps with the Graceland withdraws. (Shouldn’t we be talking in the Guest House Lobby until 1am?!!)
Had THE most amazing time this week with Jerry, Priscilla, Julie, Tracy, Delia, Caroline, Angela,Nancy, Angie, Karol, Kristy, Hannah and many other Elvis friends. Thank you Elvis for bringing us all together! Realized my dream of owning a piece of Elvis’ jewelry, finally met and got my photo taken with Priscilla, 4 of us Jerry’s Girls got our photo taken with Jerry, had an amazing time on the bus tour of Memphis with Jerry sitting RIGHT behind him, Conversations with Jerry and Priscilla was fantastic, the night tour of Graceland was incomparable, the 3 concerts were fun and hanging out with everyone til 1 am each night in the Guest House Lobby was unforgettable! #ElvisBirthday #JerrysGirls #Graceland #Memphis #Elvis #TCB⚡️
Elvis in Concert with Jerry and Priscilla #ElvisBirthday #JerrysGirls #Graceland #Memphis #Elvis #TCB⚡️