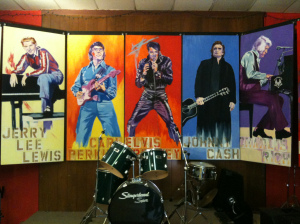 I finally made it to the Rockabilly Hall of Fame! I have wanted to visit there since 2002. I made the hour trip east on route 40 to Jackson, TN. The Rockabilly Hall of Fame was small, just 3 rooms, but had a lot of memorabilia. And Bernice couldn’t have been nicer. I was the only patron there, so I got the royal treatment. I got to see memorabilia on Elvis, Johnny Cash, Carl Perkins (who is from Jackson), Charlie Rich, Sonny Burgess, Billy Lee Riley and even Wink Martindale (also from Jackson), whose autobiography I purchased – since I’m obsessed with autobiographies! Leaving the Hall, I went to the Old Country Store Buffet at Casey Jones Village. It was quite tasty! 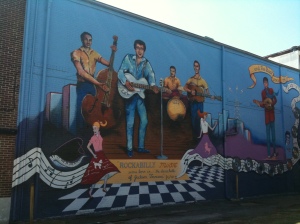 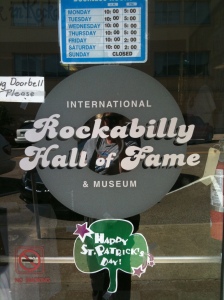 Rockabilly Hall of Fame and Museum 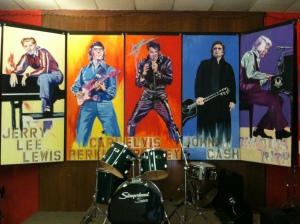 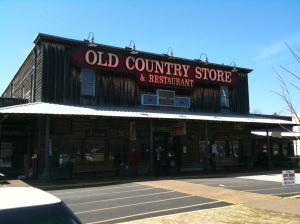 A bit about the #ElvisMovie soundtrack. I love it! I did not like the Viva Elvis soundtrack or the duets or usually any cover or mash up of Elvis songs, but for some reason I love this soundtrack! And it’s not just because listening to it reminds me of the movie, which it does, but I liked the songs in the movie the first time I watched it. I thought the mixing of “Summer Kisses Winter Tears” with “I Got A Feeling in My Body” was brilliant! I mean no one ever uses “Summer Kisses Winter Tears.” Being an Eminem fan, I of course love Eminem’s “The King and I.” I love Stevie Nicks (and apparently Chris Isaak’s) “Cotton Candy Land.” And I absolutely adore Maneskin’s cover of “If I Can Dream!” I also love the use of Dogo Cat’s “Vegas” the first time Elvis is shown on Beale Street during the day, and Swae Lee and Diplo’s “Tupelo Shuffle” when Elvis is back on Beale Street at night. Now listening to the soundtrack at home outside of the movie, I’m really liking the other covers like Katey Musgraves’ “Can’t Help Falling in Love,” duets like “Power of My Love” with Elvis and Jack White and remixes like “In the Ghetto” featuring Nardo Wick. I also love the soundtrack just because it reminds me of the movie. I love that actual clips from the movie are included on the soundtrack the “Unchained Melody” and “Vegas Rehearsal / That’s All Right” sequences – and many of Austin’s performances. Like Baz said, the soundtrack is a souvenir from the movie.
🎥 a little Sunday matinee Troy Donahue double feature with A Summer Place and Parrish 🎥
***SPOILER*** #ElvisMovie
#ElvisMovie
Finally opening day! And this time I’m seeing it in supposedly amazing sound - maybe it will match the fantastic sound as the guest house screenings! This is the biggest poster I’ve seen in a theater!
SPOILER … so remember how Baz said stay until after the credits and you’ll get a surprise? Well we did at both showings in Memphis and saw / heard nothing (maybe we were talking and missed it). But I heard it Tuesday at the early access fan event then I recorded it tonight.