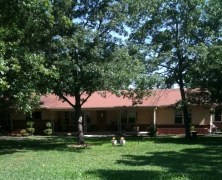 Today was a great day, but it started out as badly as yesterday ended. We woke up before 6am and couldn’t get out of San Antonio fast enough. Our hotel was terrible and in a bad part of town. Also, San Antonio is just a big icky city. But before we left, we saw this cool sculpture, the Alamo, the alamodome and the Riverwalk. 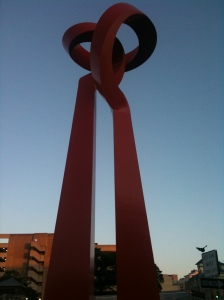 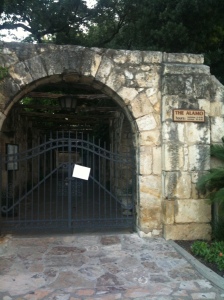 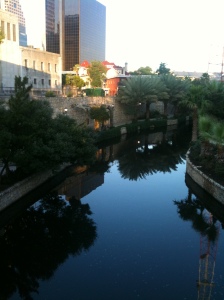 Once out of the traffic and hustle and bustle of San Antonio, we headed north about 70 miles to Austin. This seemed like a nice city. I’ll have to come back for a weekend to hear some live music. But at this point, I just wanted to head north and leave southern Texas behind. 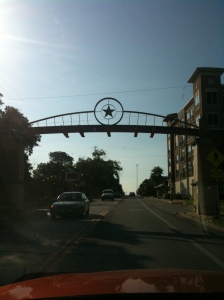 I made a 30 minute detour to Killeen to see the house Elvis Presley rented while he was at Ft Hood. 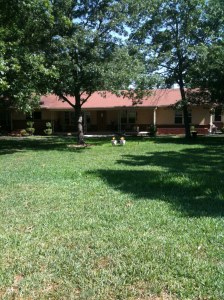 At this point, I was relaxed. I definitely prefer northern Texas to southern. I love Dallas. I love the Southfork hotel. Everyone is so nice. 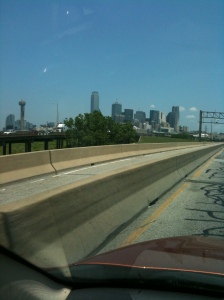 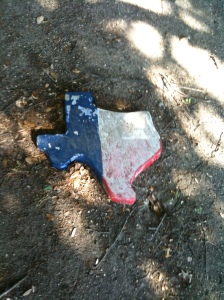 I toured Southfork Ranch, as in where the Ewings lived in the tv show Dallas. It was so cool. The tv show was never filmed inside the house until the reunion show. But all the exteriors were shot on Southfork – the pool, the back porch, the driveway, the front and back yards, the front of the house. The pool was tiny. They used mirrors to make it look bigger on tv. The driveway is shorter than in looked on tv. And they used to put powder down to make it look as if it was a dirt driveway. 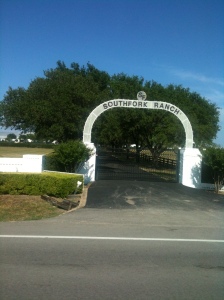 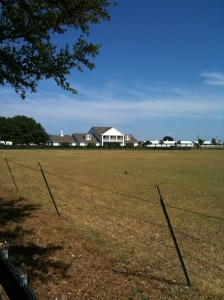 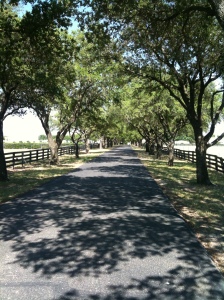 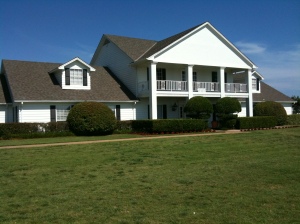 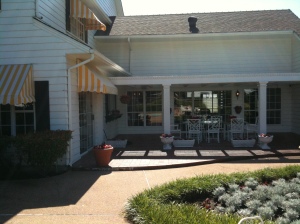 breakfast on the back porch 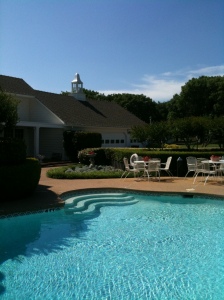 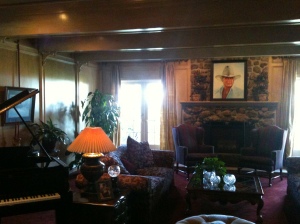 the only room ever used on Dallas, and it was the reunion special

The tour was great. I got the free shuttle from Southfork hotel, and they even gave me a coupon for the tour. I first toured the ‘Dallas’ museum and then the ranch. A guy in a tractor pulled us around the ranch and told us about the real Southfork, which was owned coincidently by a guy named JR. We then went inside the house and learned about the real house, which is only about 5000 square feet, and the house on ‘Dallas’ was supposed to be about 30,000 square feet. 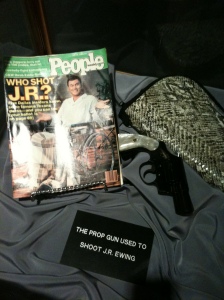 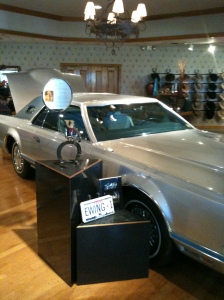 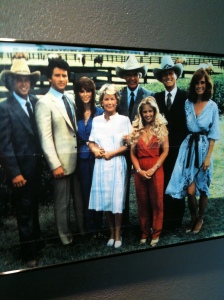 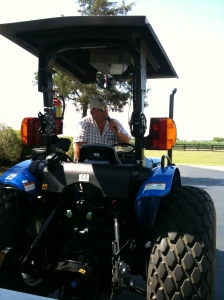 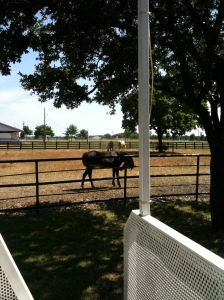 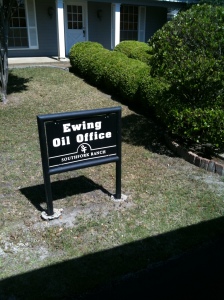 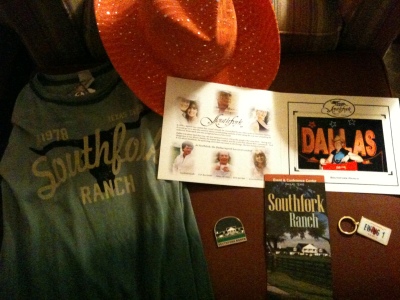 I returned to the lovely Southfork hotel after being gone for 2 1/2 hours to a very excited Elvis and Cilla. I left them in the hotel room alone, and they didn’t destroy anything or make a mess or bark. I’m pretty sure they slept the entire time I was gone. I ordered dinner from the Cattleman’s Club bar and took it to my room. Very good, cheesy quesedillas and a ceasar salad. It was fabulous. I’m exhausted, but very relaxed and very happy. This was a great day! We are going to sleep very well tonight. The hotel is quiet, and Elvis and Cilla are relaxed.

5 Comments on ON THE ROAD San Antonio to Southfork