Tonight begins the new season for the Denver Broncos after winning Super Bowl 50 last season. Even though we won the Super Bowl and opening the season at home, we are the underdogs. It’s ridiculous! Peyton Manning retired – big deal! We won in spite of Peyton last year, not because of [continue reading]

Since it is the last day of February, I thought I should wrap up all this Denver Broncos hoopla surrounding their Super Bowl win. Although I do get to wear my Broncos gear proudly knowing we’re the best team in the NFL until September. For the first time since 1999, I can wear my Denver [continue reading]

What a crazy, sloppy, ugly game in the cold, cloudy, windy at the second mistake by the lake in Cleveland, but at least my Denver Broncos remained undefeated in their 26-23 OverTime win against the Browns. Aquib Talib had another pick six, Emmanuel Sanders had a 75-yard Touchdown from Peyton [continue reading] 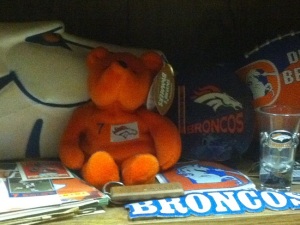 Since I started following football in 1986, I have loved the Denver Broncos! Over the past 30 years I have quite the Broncos collection: t shirts, sweatshirts, hats, earrings, bracelets, stuffed animals, Christmas ornaments, pillows, blankets, magnets, coats, cups, etc. My favorite colors are [continue reading]

I had a blast yesterday with my best friend Cindy at the Horseshoe Casino in Baltimore for Shannon Sharpe’s appearance. I got an email from Horseshoe last Sunday announcing Shannon Sharpe was going to be at the 14Forty Bar at Horseshoe doing the pregame commentary and halftime commentary of [continue reading]

Being a Broncos fan in Baltimore is hard, maybe annoying is a better word. I have dealt with it my entire life, well my entire football life. The first NFL season I remember actually following was the 1986 season. Baltimore did not have a team then. I was a Denver Broncos fan, and the only way I [continue reading] 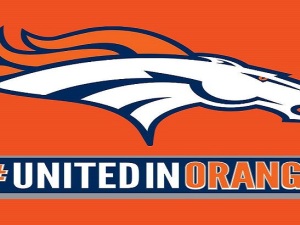 With Broncos football starting tomorrow, well at least preseason, I wanted to share my Broncos plans for this upcoming 2015 season. Living in Baltimore, it is difficult to watch all the Broncos games on tv as they are not all televised. (And no I’m not switching teams just because Baltimore [continue reading]

📚 Haven’t even left the house yet and this is what I’ve gotten so far …
Graceland Sunset
#cozy 📖 ☕️
Goodnight from outside of Graceland.
Perfect day to curl up with a good book 📖
🎥 Our Elvis Movie Marathon continued today with Loving You, It Happened at the World’s Fair, Fun in Acapulco and Kissin Cousins.