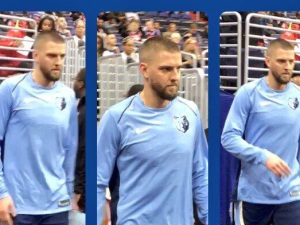 Of course I wasn’t lucky enough to actually spend the night with Chandler Parsons if that is what you were thinking when you first read the title – get your mind out of the gutter. But I will warn you that this is going to be a bit of a fan girl post, rather than a critical review of [continue reading]

Why are the Grizzlies games in Philly ALWAYS go down to the last second?! We, and by we I mean the Memphis Grizzlies, won in Double OT 104-99 in Philadelphia Wednesday night November 23, 2016 – and I was there to witness it. Because it was the day before Thanksgiving and I had to drive north [continue reading] 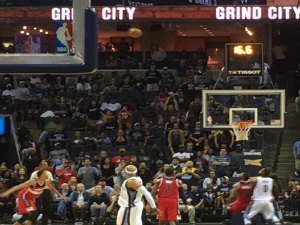 It had been two years since I had been in the Grind House. I was SO excited that my Elvis trip (the opening of the Guest House at Graceland) coincided with the first two Grizzlies home games – well it did because I came in a day early and stayed a day late. I got to witness the Grizzlies win [continue reading]

I’ve never been more proud of a team. Most people don’t like the NBA because they think it’s all about showboating, so it’s boring to watch. Well not my Memphis Grizzlies. They live their motto ALL HEART Grit and Grind. The Grizzlies have always been the underdog, but have [continue reading] 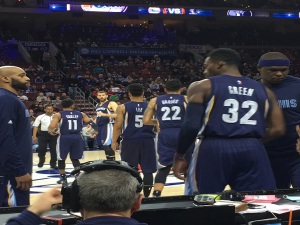 I had the best time tonight at the ‪Grizzlie – 76ers game in Philly last night! I ate a cheesesteak (with Whiz) from Geno’s, got a selfie with ZBo, a fistbump from Matt Barnes, a thumbs up from Coach Joerger, got the nod from the Grindfather and most importantly watched the Grizzlies [continue reading]

I have been a Memphis Grizzlies fan since 2008 when I moved to Memphis the second time (yes I moved there twice). I had never followed the NBA because growing up outside Baltimore, we did not have an NBA team. I don’t count the Washington Wizards because I don’t live in Washington, D.C. [continue reading]

The memories just flood back when I’m on the Boardwalk in Ocean City, MD! 3 things you must-haves on the boardwalk:
Trying to read but keep stopping just to ponder at the ocean 🌊 📖 #peaceful
I always crave donuts at the beach because when I was little my dad and I would ride bikes up the boardwalk to Meister’s for donuts.
Sorry I’ll get over taking pics of the ocean soon 🌊
no filter necessary
All set up and ready for this weekend’s ETA Festival! That’s Evis Tribute Artist for those who don’t know.