A music legend played for the last time last night in front of a sold out crowd at the Memphis Brooks Museum of Art. Marshall Grant, who was Johnny Cash’s bass player for 30 years, talked about his life with Johnny Cash and then wowed the crowd with a performance of ‘Folsom Prison Blues’ featuring a young singer named Denny.

It was supposed to be a Q & A session, but Marshall Grant is such a great story teller that he took over the show with stories from his life with Johnny Cash that he put in his book “I Was There When It Happened” – coincidently is the first song they played for Sam Phillips at Sun Studio. And Marshall’s story is what the movie ‘Walk the Line” is based on. 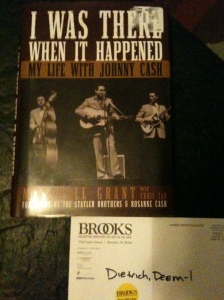 One of the most touching moments of the night was when Marshall got choked up while telling about Johnny writing ‘Walk the Line’ over 50 years ago. 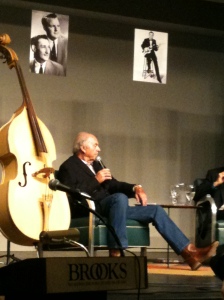 After almost an hour and a half of stories, Marshall got a singer and guitar player and slapped that bass one last time with Folsom Prison Blues. 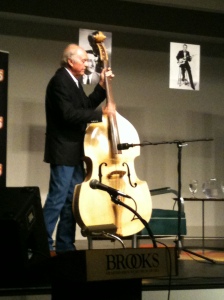 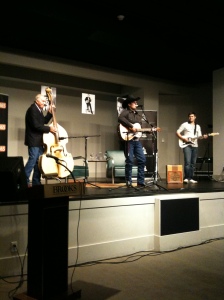 At 82, he said all things must end, so he told his wife this would be his last performance. What an honor is was to be there for Marshall Grant’s final song! 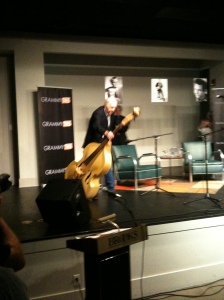 Marshall puts down his bass for the last time 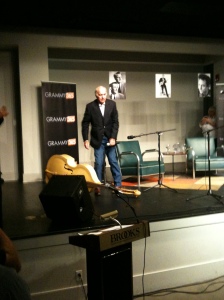 After Marshall Grant put down his bass for the last time, we waited in line to meet him and have him sign his wonderful book. 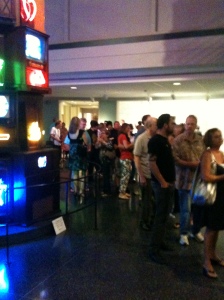 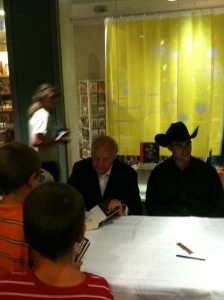 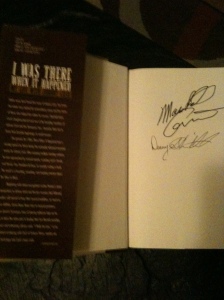 I’m so lucky to live in Memphis where nights like this happen. Thank you Memphis Brooks Museum of Art for hosting. And thank you Marshall Grant for your years of fantastic music and sharing your memories with us!

Please watch my video of Marshall signing, unfortunately we were not allowed to video his performance. http://www.youtube.com/watch?v=ej5hsadLpvc