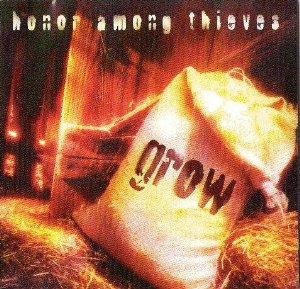 One night in the mid-1990s, I was at Bohager’s (yes I admit I was actually at Bohager’s) and heard this band playing U2’s New Year’s Day. The band was Baltimore-based Honor Among Thieves. I quickly become enamored with them. I went to their weekly Sunday night shows at The Horse You Came In On in Fells Point and their Wednesday night acoustic sets at Claddagh Pub in Caton. I became friendly with the band, especially the lead singer Mitch and guitarist Mark. Honor Among Thieves’ album Grow is simply beautiful. My favorites are Go Away and What a Mess. The band went on to become the nationally known SR-71, but they will always be Honor Among Thieves to me and represent one of the greatest periods of my life.

This blog post is part of my A to Z April Challenge about ‘My Music’ – music I love from A to Z. Thanks for stopping by. I am also blogging the A to Z Challenge on my other blog On the Road with U2 about ‘My U2′ – what I love about U2 from A to Z.

4 Comments on Honor Among Thieves – my Music A to Z

No other place I’d rather be on my birthday!
born October 4, 1972
Just watched the CBS Elvis Concert special that aired 45 years ago tonight October 3, 1977
Spending my Birthday Eve on the deck reading looking over into Graceland’s backyard.
Morning Walk Up on the 45th Anniversary when Elvis and Gladys were moved from Forest Hill to Graceland on the night of October 2, 1977
We made it to Memphis!