Tonight I went to the Found Footage Festival http://www.foundfootagefest.com/ at Studio on the Square. It was definitely worth my $10, very entertaining. Everyone else in Midtown thought so too because there wasn’t an empty seat in the theatre. I even had a couple sitting on the stairs next to me. Nick Prueher and Joe Picket introduced each montage, which consisted of all sorts of old VHS footage from computer instructionals to cartoons to rock concert parties to exercise videos to commercials. I enjoyed listening to Nick and Joe’s hilarious introductions as much as I enjoyed watching the old VHS footage they edited. Basically, these guys go around collecting and buying old VHS tapes and editing them to make these great montages of nostalia and then show them to folks like me in various cities. A simple and great idea. 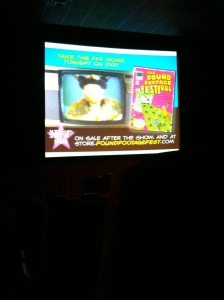 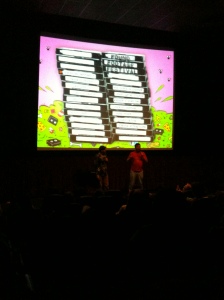 Nick and Joe introducing the festival 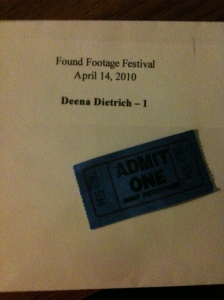 This again proves to me that if you have an idea, go for it and make it happen, no matter what anyone says. Thanks Nick and Joe for a very entertaining evening! 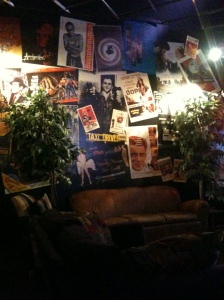 inside Studio on the Square