Where the first day of Lollapalooza was all about diversity in music and taking in all the sites Lolla had to offer, day 3 was about rock and staying at one stage to see a great band – Soundgarden. Sunday morning started off raining and windy. Chicago is the windy city afterall, even in August apparently. So around 1pm I put on my raincoat and baseball hat and headed over to Grant Park. I stopped to get a sweet tea, so I could face the disgusting mud that I knew awaited me at the stages. I headed toward the stage where Soundgarden was going to play at 8pm, but I stopped at the stage across the way and met Tasha and Rosann for Switchfoot. They were good, but I had seen them before when they played with Relient k back in Baltimore. The lead singer for Switchfoot is very Bono-esque with his climbing around the stage, jumping into the crowd, etc. 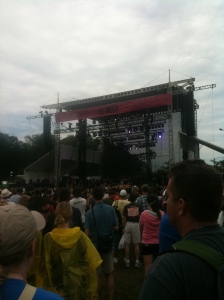 Switchfoot’s set ended at 2, so I went across the field to the stage where Soundgarden would play in 6 hours. Luckily the rain had stopped. I saw that I could be front row on the rail, but far left. I bought 2 waters and had crackers and a protein bar with me, so I decided to camp out there for the day and watch whatever bands were scheduled at that stage. The first band to come on was The Cribs from England, and I really liked them. 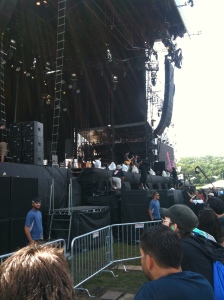 Next up was XJapan, who I learned was Japan’s answer to Metallica. They have been around since the 1980s, but this was their first show in the United States. They were a glam rock band with crazy, devoted fans. It was quite entertaining. 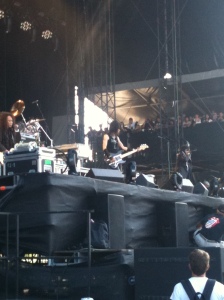 Just as I regained a bit of my hearing, Wolfmother took the stage. They are a 70s like rock band from Australia. The lead singer’s voice reminded me of Robert Plant, and he had great sideburns! 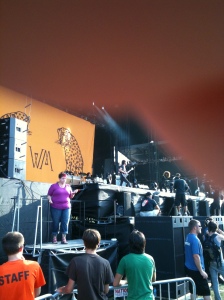 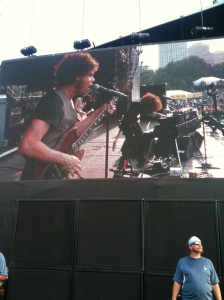 Finally 6 hours later, the moment I had been waiting for, the main reason I came to Lollapalooza – SOUNDGARDEN!!! They were great. I saw Soundgarden back in the early 90s when Superunknown was popular, and I saw Chris Cornell solo a few years ago. But Soundgarden haven’t played together in over a decade. They played all their hits including my favorites ‘Fell On Black Days,’ ‘Black Hole Sun,’ and ‘Spoon Man.’  Chris Cornell was beautiful as ever. He walked through the crowd pleasing many fans! 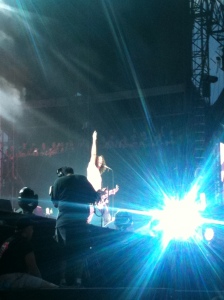 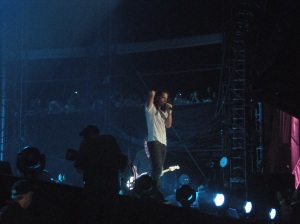 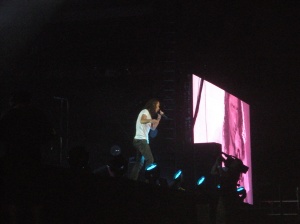 Chris on stage and on screen

Please watch the following videos from day 3 of Lollapalooza:

Lollapalooza was great. I think I’ll make it an annual event. My long weekend in Chicago was fantastic – Million Dollar Quartet, Lollapalooza and Wrigley Field. Chicago is a great city. But now I’m back in Memphis and ready to start Elvis Week tomorrow.