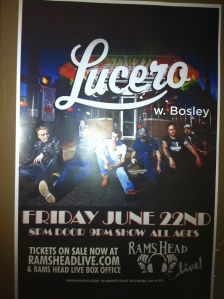 11 years on June 22nd I was in New Jersey at the last concert of the first leg of U2‘s Elevation tour. 1 year ago on June 22nd I was in Baltimore for U2’s loudest show on the 360 tour. This year on June 22 I was again in Baltimore, but this time to see Lucero – finally! Lucero is this great band from Memphis that I never saw while I lived there for 3 years – I kept missing them even though they played just a few minutes from my house. Lucero was definitely worth the wait. It was a great show! 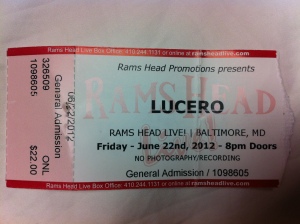 I arrived at Rams Head Live in Baltimore just as the doors opened on June 22nd for Lucero. To my surprise, there was no one waiting in line to get it and the place was empty. I bought a Lucero hat and just hung out near the bar as the place filled up. Then Ben Nichols, Lucero’s lead singer, just starts walking through Rams Head, but no one really noticed him. He hung out at the merchandise window for a while and then walked all around. At 9pm Bosley took the stage. I always dread opening bands, but these guys surprised me – they were great. It was as if they just stepped out of the 1960s soul scene. So much energy and so entertaining! I will definitely be seeing them again, which will be easy because they’re from Baltimore. 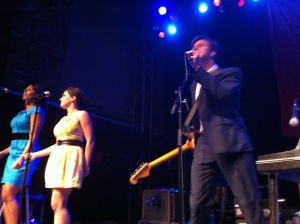 While the techs were setting up the stage for Lucero, one of them noticed my ‘38104’ tee shirt and gave me a fist bump telling me “cool shirt!” 38104 is the zip code for Midtown Memphis, where I used to live. Lucero took the stage around 10:15pm. I was right in front of Ben Nichols. My neck hurt from looking up. About 45 minutes into the set, these two annoying drunks girls came up behind me and were dancing and falling into me, so I decided to move back and to the side. This actually worked out for the best because I could take video – plus it was much more comfy and cooler. 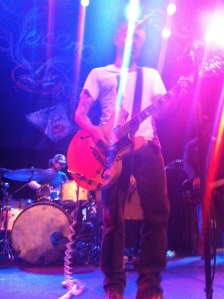 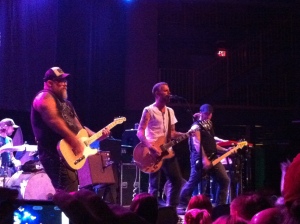 Lucero played a great show. I am really happy I finally got to see them. Looking forward to the next time they play Baltimore.